Mayer’s films are conceived as cyclical pictorial structures which concentrate on the fictional character of architecture. Often women step through historical interiors and touch objects and architectural elements. The subject-object relationships in Mayer’s films can be described as ‘pleasure in looking’ and as ‘pleasure in being looked at’. Through their movements, the figures engage in a process of seeking their own identity and that of the rooms. Yet the bodies and objects do not become the focus of a voyeuristic (male) fantasy. Instead the deliberately theatrical stagings eschew any clear narrative and our own lines of vision are questioned by the visual breaks caused by the rhythmic editing.

In The Lunch in Fur / Le Déjeuner en Fourrure (2008), Mayer presents a fictional meeting in a late modernist 1960s glasshouse between three historical personalities in their later years: the artist Meret Oppenheim, the singer Josephine Baker and the photographer Dora Maar. These women, in a state of contemplation, recall different events in their lives. Like the film images, the spoken text also follows a woven, ritualized movement, which in turn broaches the question of the psychological constitution of memories. Here, touching objects, as the chess figures, the curtains and the tape recorder, is a seminal moment which causes the protagonists to begin to recall. In The Lunch in Fur / Le Déjeuner en Fourrure, Mayer clearly delights in reprising the depictions of space and objects between reality and dream of surrealist films, as for example the experimental short film Meshes of the Afternoon (1943) by Maya Deren. With reference to the history of art and film, the artist drafts multiple images of memory through space and touched objects.

special thanks to the artist, Krobath Wien / Berlin, LUX 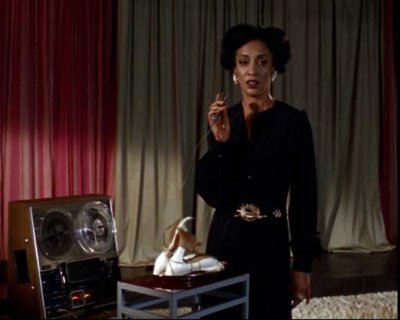 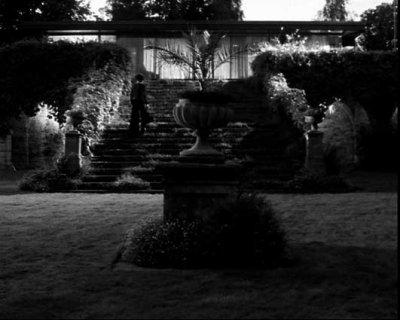 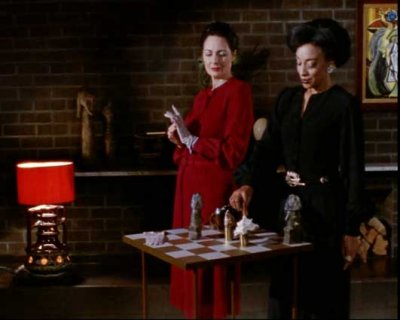