The exhibition titled ‚Paintings‘ in the new premises of the SVIT Gallery in Prague – Vinohrady presents the works of three youngest generation artists who, each in his own specific manner and with individual manuscript, touch the boundary line between depictive and abstract painting.

It should be stated right in the beginning that this particular group of artists was not created spontaneously or based on any mutual affection; under different circumstances, they would probably never have met in this constellation. These young artists of very different individualities were approached by the gallery, the representatives of which have been following their artistic work with growing interest, with an offer to present their works together. During the preparation works, it has not always been easy to find general consent, which is alsoreflected in the general title of the exhibition – Paintings. In the installation solution itself, only fleeting and shy encounters between the works of the exhibitors occur, which was our intention. To a certain extent also for the reason that the visitor thus has a chance to perceive the individual artists through their specific approaches, individual potentials and nature of their works rather than being forced to confront them and compare. Despite of this, or maybe because of this, the exhibition as a whole achieves to present a relevant, even though reduced, sample of contemporary painting of the youngest generation with some of its typical features.

Ondřej Petrlík (*1989) is a recent graduate of the Academy of Fine Arts in Prague where he studied at the Vladimir Skrepl and Jiří Kovanda's Painting Studio. He has spent time abroad on an educational stay at Dresden Academy of Fine Arts where he studied with professor Adamski. He was a finalist in a prestigious critics' award Cena kritiků za mladou malbu (Young Painter Prize). In art, he is particularly interested in the value of an immediate imprint and the sensual and emotional touch. He creates painting series, drawings, photographs, assemblages and installations. Although he is searching for support of his work in history, a subject of study for which he has, in view of his other activities, particular fondness, his thrift visuality can be without any risk described as contemporary.

David Krňanský (*1987) currently a student of the Academy of Arts, Architecture and Design in Prague, Painting Studio of Jiří Černický and Marek Meduna, focuses on painting, collage, installations and public space interventions. He shares his doubts and shyness of empty canvas through his unsettling, almost unwittingly and mechanically filled up compositions in which, however, the viewer can also observe certain amount of emotional detachment, insight and deliberate overstatement.

The more conventional painting style of Tomáš Absolon (*1987) whose recent paintings presented at this exhibition can be, as the only ones exhibited here, described as abstract without any reservations, is characterised by analytical, concentrated artistic search and a precisely controlled approach which is often brought as far as to a formal painting harmony. He graduated in 2013 from the Academy of Fine Arts in Prague where he studied at the Drawing Studio of Jiří Petrbok and also several years at the Studio of Michael Rittstein.Recently, he has presented his works in a Kewenig Gallery in Mallorca, where he has lived and worked for the last couple of years, and in Fait Gallery in Brno. 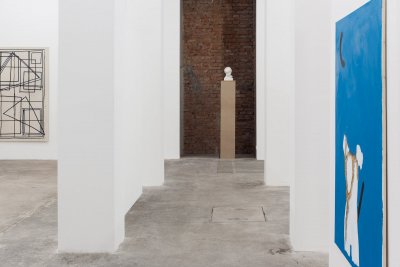 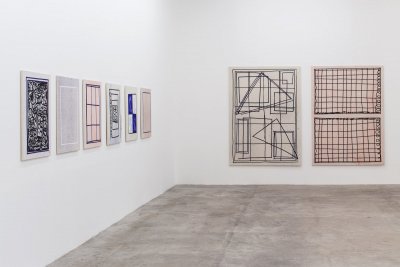 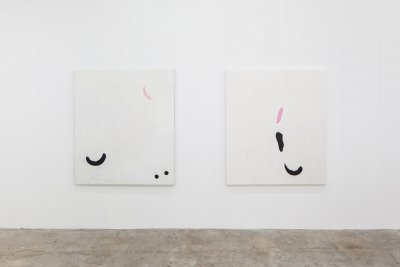 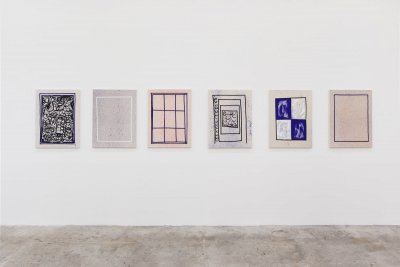 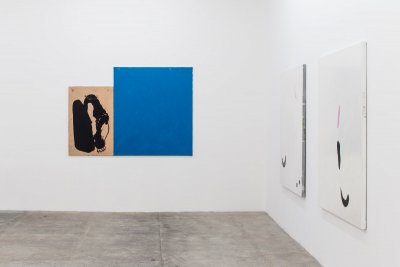 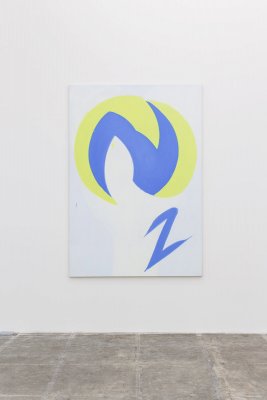 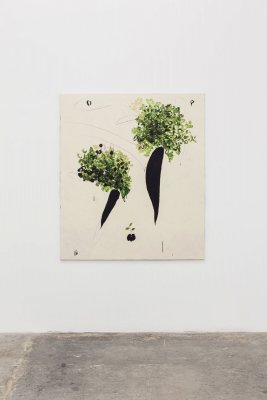 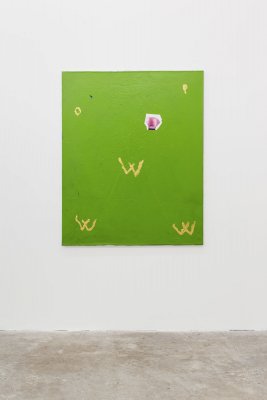 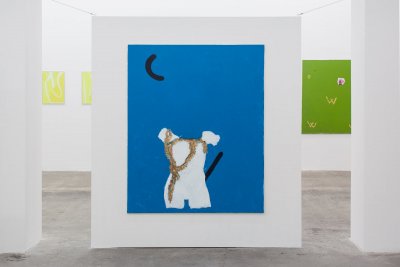 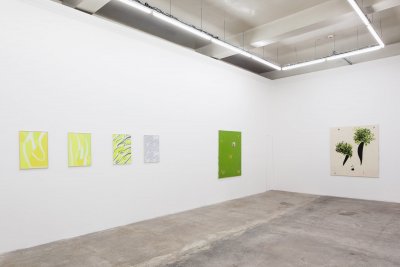 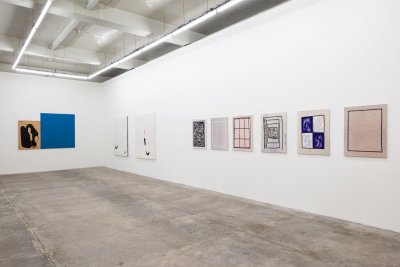