In some of its aspects the art of Matej Smetana resembles scientific discoveries. It is similarly persistent, it loves exactness, it applies known patterns under conditions that no one has tested yet, it wants to look at what no one has seen before. (Lenka Vitkova)

“Mountains, Stars, and the Sun” installation contains 686 eight-part objects which represent all the possible ways of arrangement of three simple elements based on pre-given rules. Smetana works with objects as signs that are structured according to a simple principle. Based on this principle, each object becomes a „poetic“ model of a landscape (e.g., two mountains, four stars and two suns). Precision fails to be precise on purpose; instead, we are presented with “hand-drawn geometry” or “minimalism with a human face”.

“I Think This Object Cannot Be Made..” – apparently an unrealized object of a “blurred” cup, a model of an exhibited work, a play at interaction between the artist and the viewer. It deals with the relationship between a description of an artistic idea and its potential realization; it invites us to imagine a realization of the stated aim while it makes do with its mere potentiality.

„The Corner“ is based on the trivial use of 3D technology.

A series of three photographs “Antiquity” alludes to the ancient architecture. A fleeting image of an architectonic object emerges in depicted situations and becomes “architecture for the moment”: A swinging hammock upside down suggests an arch vault. White paint is poured through holes the placement of which corresponds to the arrangement of pillars in Athens' Parthenon. Women dressed lightly resemble Greek caryatids with a supporting function in architecture. 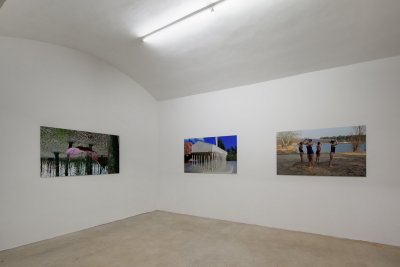 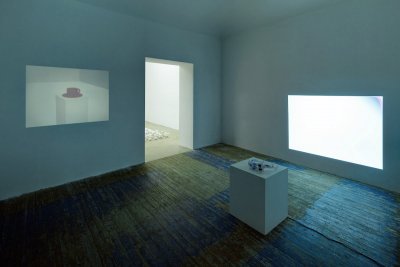 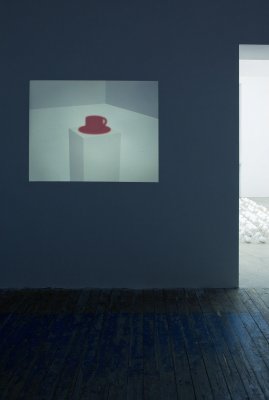 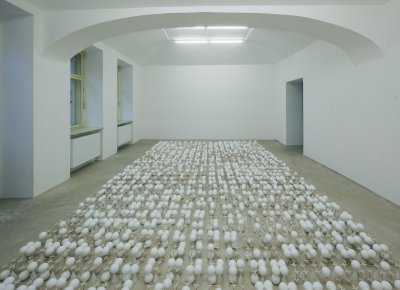 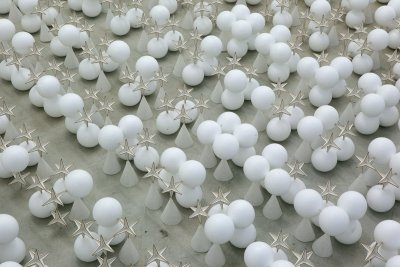