The work of Marek Meduna often touches the essence of art media, and similarly depicts the complexity of human understanding and principles. Certain given facts challenge Meduna to question the violation thereof, which he subsequently reveals in his work by interconnecting projection, position and shape. His work is often represented by sculptures, installations and by being place-specific; we can also find his texts and paintings. The result that the viewer sees at this artist’s exhibition usually has only partial direction of meaning. The grasp of the conception, in addition to the instructions from the legend on the works and titles of the exhibitions, comes out primarily from the viewer’s inter­pretation of the metaphoric core of the connections (given space, object, language…), that Meduna creates. Sometimes the author constitutes new order for things by a strict logical path; however the essence of this work is sensual and intuitive. Meduna’s feelings and experiences imprinted in his work, as if reflect the clash of the subject with a certain dysfunction, an unexpected feeling of indecision or determination. He creates parallels of experiences, compiles picture and language; the synthetic formation of the final work is therefore often made up of many mutually engaged, retrospectively undecipherable layers. Although the author’s paintings function as independent works, he often interconnects them in his exhibitions into greater installations: he places paintings into coherent groups and he adds drawings, objects, texts, performance documentations or ordinary items to them. His paintings always seem somewhat inappropriate. They are actually quite decorative but they always contain something that discreetly disturbs their harmony. 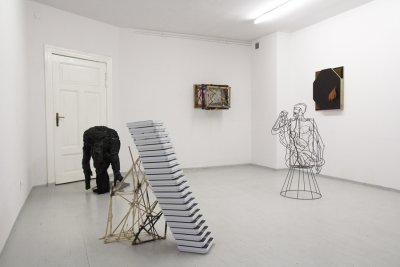 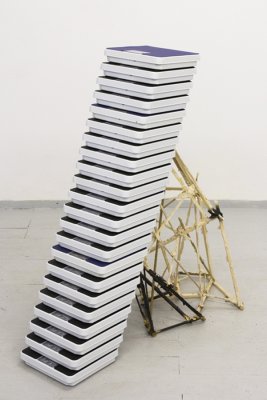 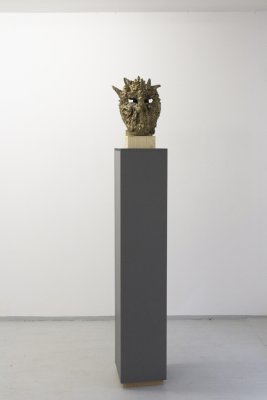 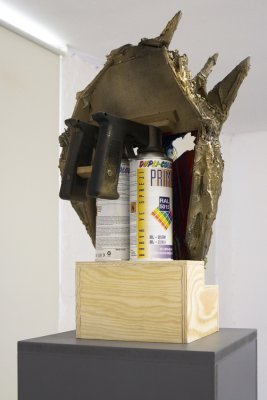 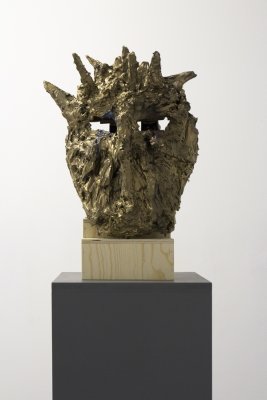 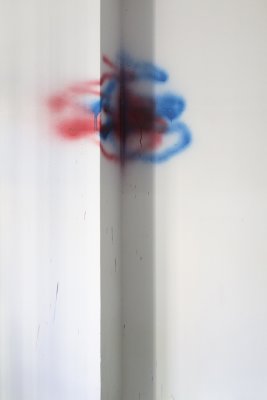 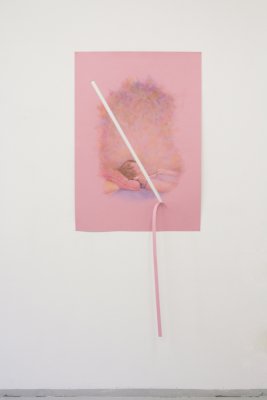 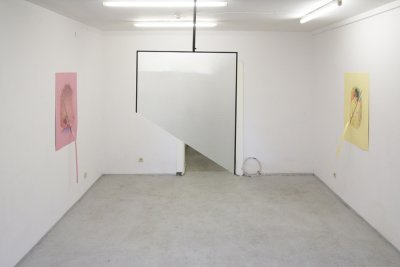 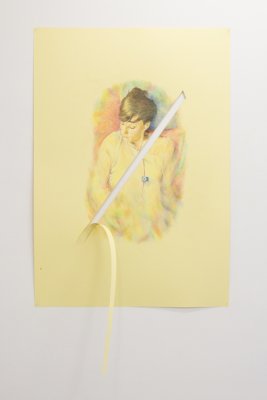 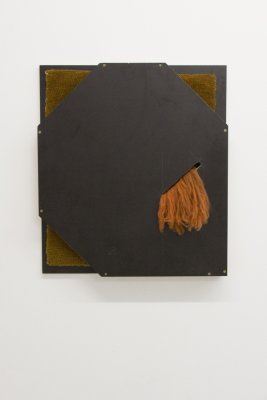 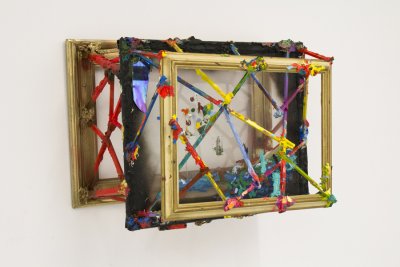 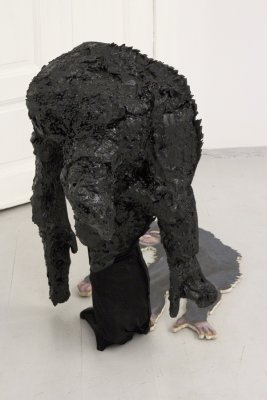 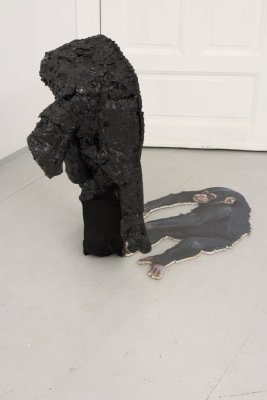