In their latest photographic series Lukáš Jasanský and Martin Polák are fascinated by the religious passion of Poles as well as the peculiar and eclectic diversity of sacral buildings. The strategy is similar to when twenty-five years ago they mapped the inconspicuous everyday look of Prague's suburbs in the Pragensia series. Last year's project Tlucte (Bang on the door) depicted the entrances to Prague's chapels and churches of various denominations. This time, however, Jasanský and Polák “invaded” the neighboring Poland in order to map its spiritual architecture. While following the WWII the Czech countries have become the bastion of atheism, the Polish religious tradition has survived the Communist oppression and constitutes at present one of the decisive aspects of Polish identity. One consequence is the great number and diversity of Polish churches newly built in the last decades, a surprising if not an exotic phenomenon for the Czech observer.

During their long-term collaboration, Jasanský and Polák repeatedly turn to architecture treating it as a coded information referring to contemporary and local strategies, possibilities and conditions. In the case of Polish churches from the last twenty years, the artists do not focus so much on peculiar details but rather on the overall tectonics and style of the individual buildings that hide surprising and sometimes even malignant organisms. As is the case with all of their series, Jasanský and Polák do not pass judgment on the phenomena but, instead, rely on the openness of meaning. The signs of sacrality are often intentionally omitted (even by formal “lapses” as when the tower or cross of the depicted church do not make it into the picture) to make manifest the chaotic and eclectic diversity of forms located somewhere between modernism, post-modernism and post-communist historicism. The pilgrimage to sacred architecture becomes a colorful safari in the midst of Polish hills and valleys. 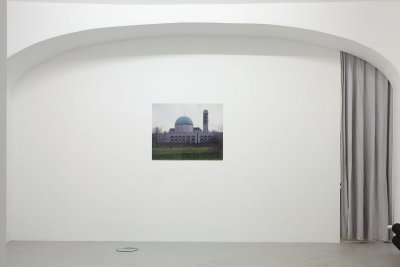 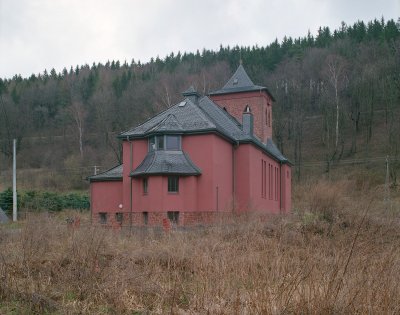 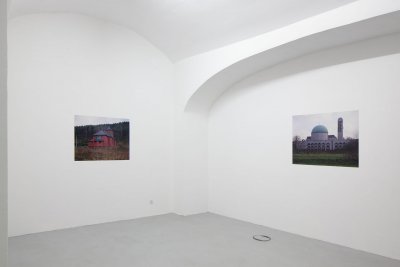 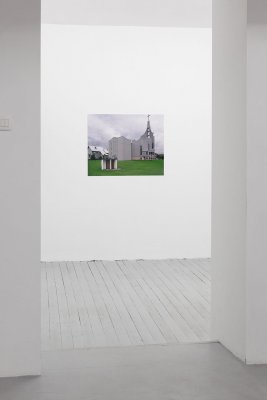 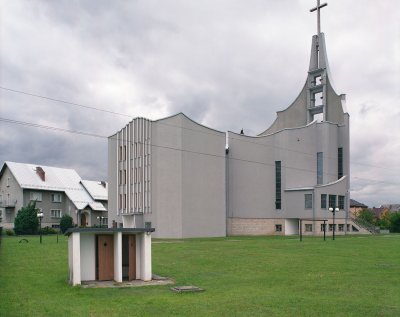 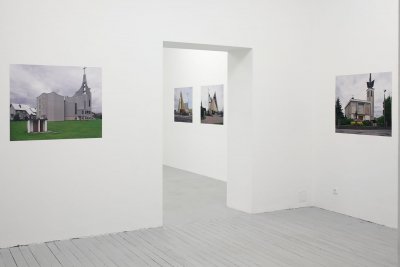 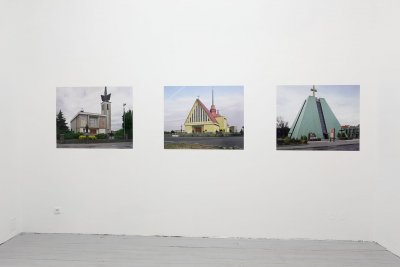 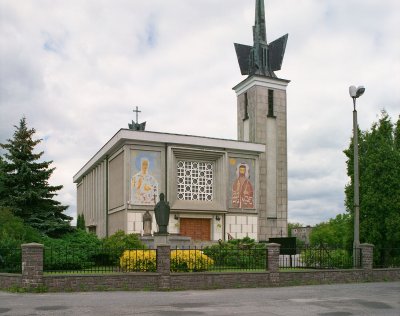 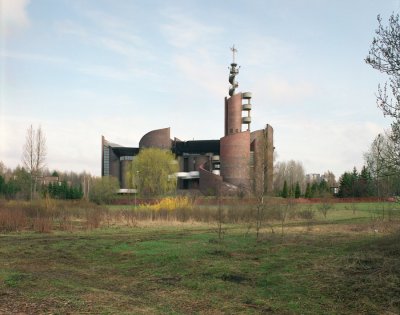 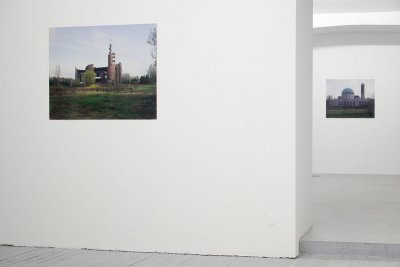 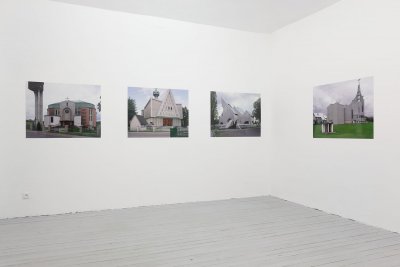 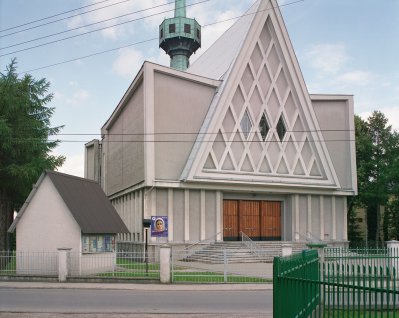 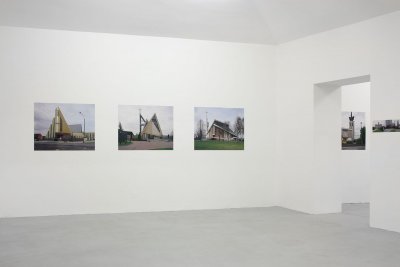 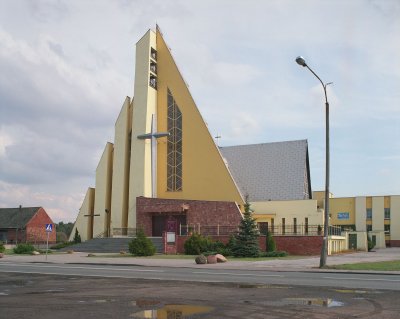 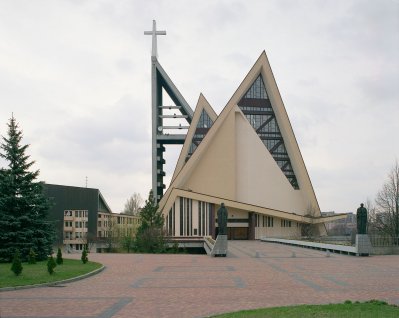 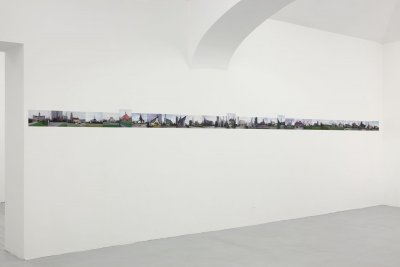 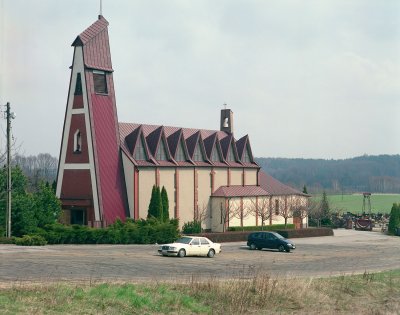 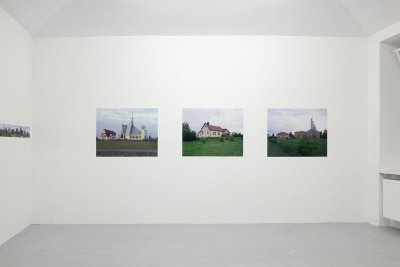 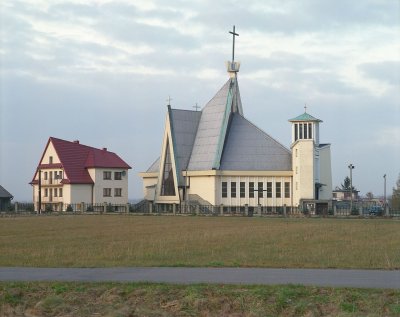 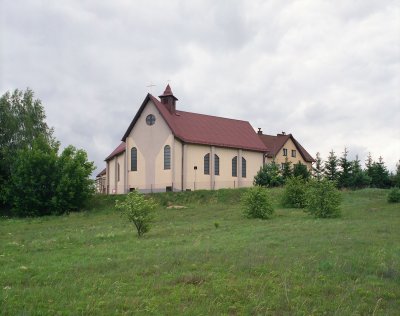