DAIMONION
Journey to the End of the World

The Eyes of Forgotten Ancestors

It seems as if the voice, through which the works of Habima Fuchs speak to us, came from a great distance, a long-ago past and, at the same time, from the most immediate approximity – like our own voice.

The paintings and sculptures on display can be understood as an unintentional polemic with some of the tendencies of modern theology, which, in the spirit of Enlightenment rationalism, have attempted to demythologize faith as much as possible, to deliver it from the pre-scientific notions and narratives, in which it quite rightly senses something pagan. Such tendencies also echo the demand of the Judeo-Christian tradition for a radical break-up with the existing cults that perceived the world as a stage of magic, in which the access to the Creator is guarded and mediated by various demons. The descendents of Abraham were supposed to free themselves from their power and belong only to the single God. In this sense, Christianity meant the creation of a new man. By contrast, Habima Fuchs' human being is an “old” one, who, despite partial changes, remains the same, the original one; even her continuous renewal in the miracle of (re)birth is something ancient: it manifests the spring of life. We find ourselves in an atavistic world; there are some sort of archaeo-artifacts in front of us, their eyes should perceive in our interior the ancient ties to the totality of being and reveal them in the form of our own images.

The Enlightenment wished to make man mature by teaching him to treat the world rationally, i.e. to create objective distance from things and his own experience. It is not a coincidence that the imagination of Habima Fuchs seems somehow childlike; it is a refusal of the “mature” distance that poses a threat of fatal alienation, the reduction of the world into an object of technological manipulation. It is not, however, an escape to childish illusions but rather a resolute return to what used to be fascinating as well as frightening and terrifying; it is a search for the relationship to the good but also the bad demons, questioning them about the most pressing – already childlike – issues of human existence. God may be omniscient but he hides his knowledge from men and so there is nothing left to do but to strive for the dangerous friendship with demons-prompters, figures of dreams and nightmares, who then sometimes gain control over us.

It is also not a coincidence that in the artist's paintings we encounter the motives of the apocalyptic Revelation of Saint John. They are not the only places where we find fascination with bestiality as a problem of the meaning of differentiating between good and evil, beautiful and ugly. What right does the monster have to deform creation? What right do we have to assume it is a monster? Isn't it a sacrilege? Does not the most terrifying monster originate from the same creator as we do? Yet, on the other hand, how could we not differentiate between good and evil and not search for good at the expense of evil? It is not appropriate for humans to pass judgment, yet judge they must. It is not appropriate for humans to know the will of God, yet they must attempt to approximate it. They thus always take the risk that even in the most devoted act of faith they will attribute their own ideas to God and thus commit idolatry. Even faith demands forgiveness for its audacity, for its mutilating monstrosity.

Ideas that come to us when looking at the works of Habima Fuchs sooner or later turn to the end of the world. It is not, however, an end that is yet to come when the timeline arrives at the final day, but one to which we ourselves must set out for perhaps like the pilgrims who used to travel to the Spanish Compostela and who still do so (as our artist has done so recently). Precisely at the “end of the world” we find its beginnings, its original, default principles or archetypes, a world spirit, which is also our own. The pilgrimage is, first of all, an inner pilgrimage, it leads us through a country that is closest to us and yet unfamiliar. Such situation calls for guides – the demons.

One of the scupltures resembles a lion which majestically steps forward; the back part of its body is however paralyzed, shapeless and weak; it drags it behind like a cancerous burden. How far can it get in such a state? Will the paralysis not spread to the rest of its body if it does not pay attention to what it leaves behind? Has not the time come for us to turn and come back to the forgotten, repressed, old? Can we know where we are going if we don't know what we are dragging along with us? 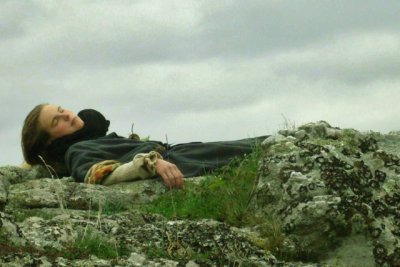 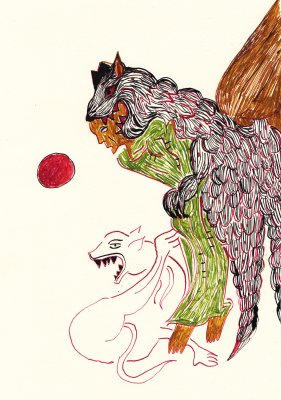 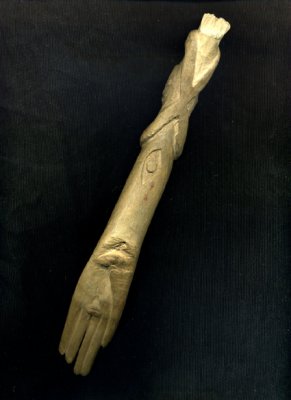 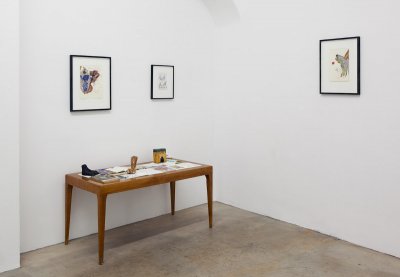 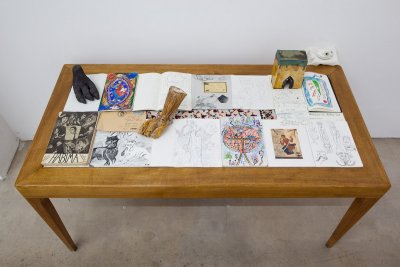 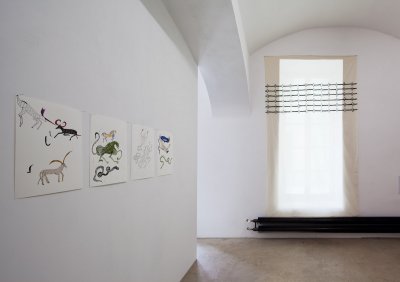 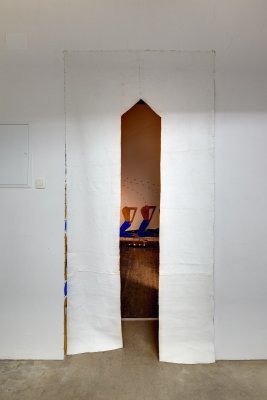 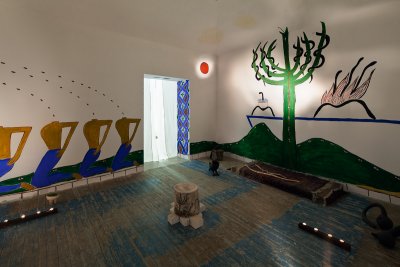 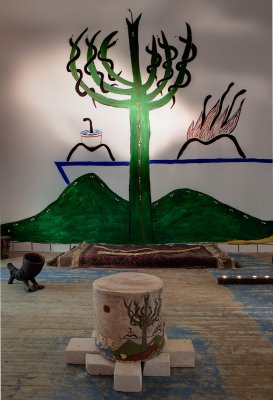 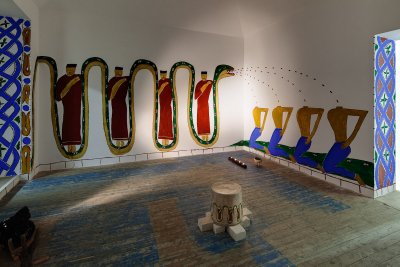 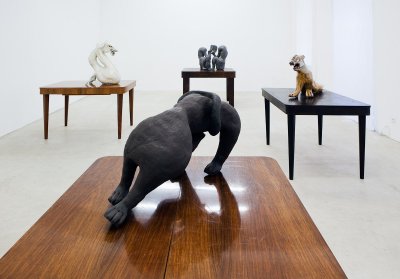 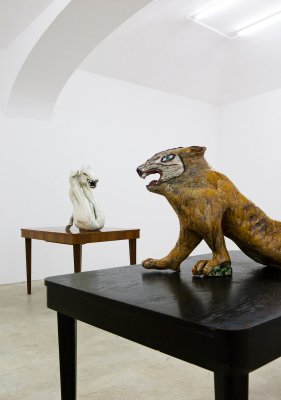 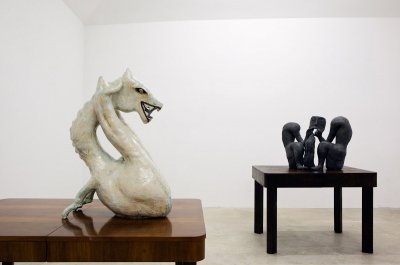