„Origin of the Species“

A film begun as a portrait of S, a 75 year old man living in a remote part of Inverness-shire. S has been obsessed with Darwin’s works for much of his life. Since a child he has wondered at life on Earth and, though he never became an academic, found in Darwin many answers to his questions.

The film images concentrate on the mysterious geography of his world; his garden – from the microcosmic to the grand; the contraptions and inventions he’s made; his isolated patch of land where he has built his house after a life of travelling and working around the world.

The soundtrack has S heard discussing his take on life on Earth and humans place upon it. The film attempts to span from the beginnings of the world up to an uncertain future.

“Some things didn’t really matter, you know, some mutations didn’t matter all that much…they were neither beneficial to survival nor detrimental to survival…but if they just hung on, there’d come a time when…that was the thing that saved the day.” 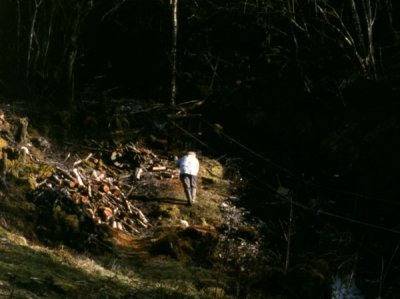 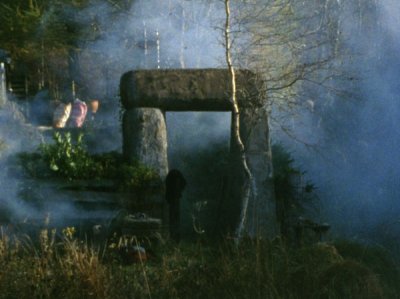